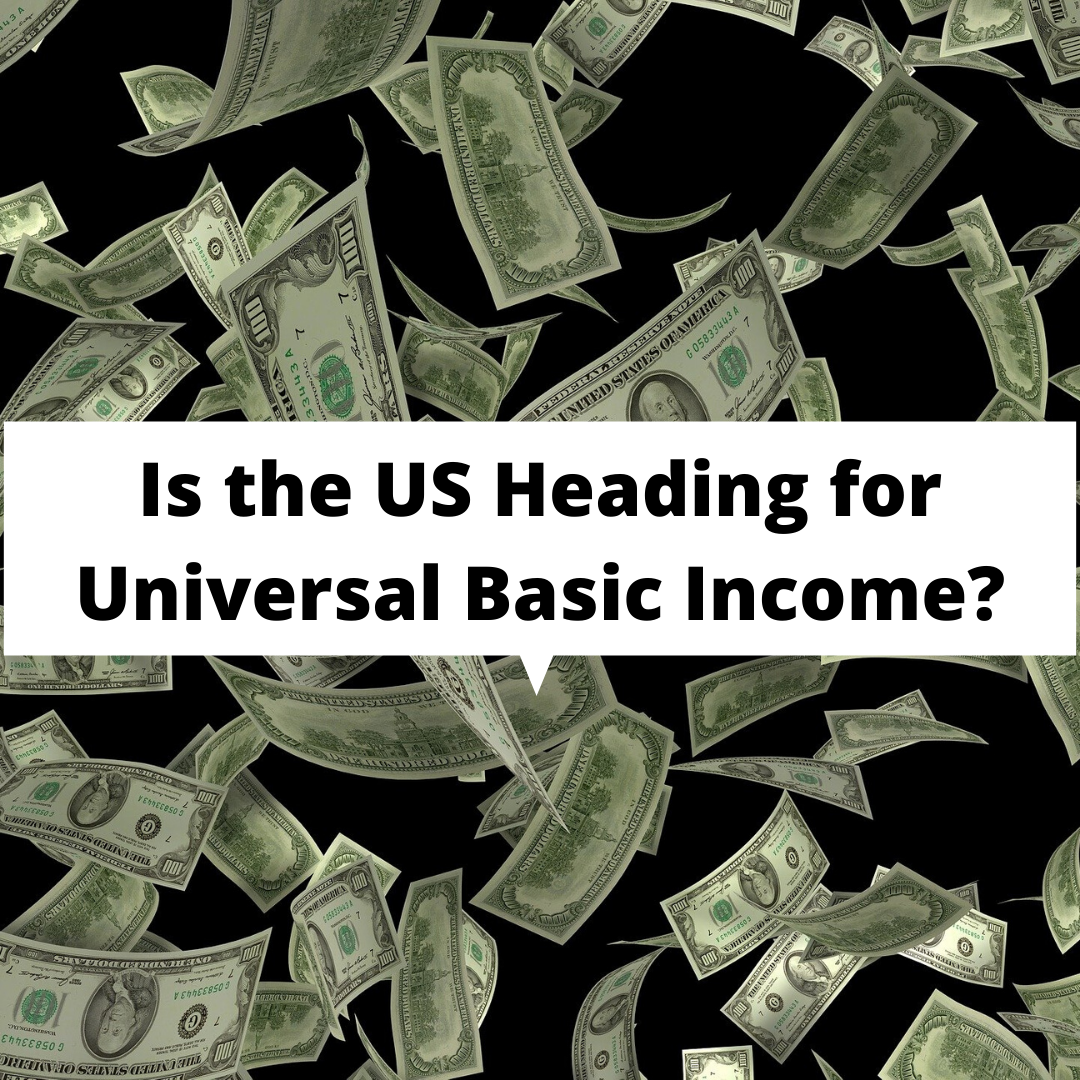 Is the US Heading for Universal Basic Income?

On Tuesday, House Democrats Tim Ryan (D-OH) and Ro Khanna (D-CA) introduced the Emergency Money for the People Act. The plan would give $2,000 per month to Americans over the age of 16 who make less than $130,000 per year. Families with qualifying children would receive an additional $500 per child.

If passed, these payments would last at least six months and until unemployment falls to pre-COVID-19 levels.

The Beginning of Unconditional Basic Income?

Could this mark the beginning of a permanent, unconditional basic income for all adults? No doubt, most people need this money. Our economy is turned upside down and people are desperate for security. The guaranteed money sounds nice, but it may come at a devasting price.

The Emergency Money for the People Act looks suspiciously like an idea called Universal Basic Income (UBI) which has been tossed around for a few years. UBI is an emerging plan which provides an unconditional, guaranteed payment for living expenses to all people. Under the plan, all qualifying adults get a set amount of money; those who earn more will be taxed proportionately to help fund the program.

Some advocates claim a universal, unconditional basic income would eliminate poverty and provide a safety net for workers who recently lost their jobs. Others say it is needed in an era where machines are increasingly displacing human workers. In Finland, the program is hailed for reducing stress levels.

Universal basic income is already being tested in areas of Britain, Finland, Netherlands, Kenya, Canada, and even the United States.

Scotland’s Citizen’s Basic Income for residents living in Glasgow, Edinburgh, Fife, and North Ayrshire was slated to begin in March 2020. According to a report last week, Scotland’s first minister, Nicola Sturgeon, announced the plan for a basic income for Scots was “strengthened ‘immeasurably’ by the coronavirus outbreak.”

In the US, universal basic income has a well-documented following in Silicon Valley. The idea caught the admiration of Tesla CEO Elon Musk and Facebook founder and CEO Mark Zuckerberg. Zuckerberg pitched the idea during Harvard’s spring 2017 commencement ceremony, saying:

“We should explore ideas like universal basic income to make sure that everyone has a cushion to try new ideas.”[1]

What alarms me about the bill for a basic income is the idea can be traced to the UN’s 2015 resolution called “Transforming Our World: the 2030 Agenda for Sustainable Development.”

My concern lies in the manner in which the UN wants to lower the standard of living for all Westerners until we reach what they determine are “sustainable levels” of production and consumption.

To reach “sustainable levels,” our current standard of living must drop tremendously. The quickest way to reach such a “sustainable” target is by a collapse in world economy.

If the economy collapses, world leaders can build a new economy- hence the name, “Sustainable Development.”

In the 2030 Agenda for Sustainable Development, world leaders affirmed their commitment to “combat inequalities within and among countries,” and “create conditions for sustainable, inclusive and sustained economic growth and shared prosperity.”[2] I think migration without borders and wealth redistribution are two of the ways they’re attempting to accomplish their “inclusive” and “shared prosperity” goals.

Further, Agenda 2030 insists by 2030 “all people must enjoy a basic standard of living, including through social protection systems.”[3]

In 2017, the UN published an article which addressed how to combat income inequalities. On UNESCO’s Inclusive Policy Lab website, Universal Basic Income was hailed as the solution: “What if this idea, suggesting a flat income given to every citizen regardless of employment or social status, was part of the solution to today’s inequalities?”

The UN’s Agenda 2030 lays the framework for a worldwide socialist economic system. It insists sustainable economic growth is essential for prosperity, and “this will only be possible if wealth is shared and income inequality is addressed.”[4]

Shared wealth on that scale is socialism, which makes Universal Basic Income a key part of a new socialist economic system.

But for a new socialist economic system to emerge, the existing capitalist system must fail.

Could the Emergency Money for the People Act be a way for Universal Basic Income to emerge like a phoenix out of the ashes of a failed capitalist system? Are we watching the transition from capitalism to socialism?